Academia can seem like a Ponzi scheme at times. We train too many PhD’s and post-docs compared to the rate at which permanent faculty positions come available. Sure, many science PhD’s can go work in industries from pharma to finance if they want (a good thing!), but even so, there is still an imbalance between the number of trainees who want academic jobs and the number of such jobs available. One typical analysis in 2018 found that only about 30% of the trainees who had done post-docs at a certain NIH institute ended up with tenure-track positions (see here for much more evidence on how often PhD students go onto a tenure-track position).

As an aside, it might be interesting to produce a future report calculating a “replacement academic rate,” akin to the “replacement birth rate” that tells us how many children would be borne by the average woman in order for the overall population to remain stable. That is, given a stable number of academic jobs and a stable percentage of PhD students and post-docs who pursue such jobs, how many trainees should each professor graduate (so to speak) in a given year? [I’d bet the figure is lower than the number of graduates currently produced.]

That leads to an obvious question: what do we do about this?

Limiting the number of doctoral students or postdocs doesn’t seem to be popular, although it would probably be a good idea in some fields. After all, both universities and their scholars see themselves as more prestigious if they can attract more trainees. That sort of perception is hard to dislodge (as are the indirect costs that can be paid on such trainees!).

A recent paper at the Institute for Progress (authored by T. Ben Thompson and Sasha Chapin) makes a great case that we should “strengthen and elevate the role of the career research scientist in academia—the highly trained senior research-group member who is hands-on and in the lab every day—in the university ecosystem.” As they argue, creating more staff scientist positions would solve an additional problem–well-trained scientists end up having to spend way too much time on management and bureaucracy:

People who pursue advanced degrees in STEM are often compelled by a deep interest in research. But upon graduation from master’s, Ph.D., or postdoctoral programs, these research-oriented individuals face a difficult choice: largely cede hands-on involvement in research to pursue faculty positions (which increasingly demand that a majority of the time be spent on managerial responsibilities, such as applying for grants), give up the higher pay and prestige of the tenure track in order to continue “doing the science” via lower-status staff positions (e.g., lab manager, research software engineer), or leave the academic sector altogether.

Imagine that we treated professional athletes this way: As soon as Steph Curry showed signs of basketball prowess, we forced him to spend most of his time on the coaching staff instead of playing basketball. That wouldn’t be good either for his team or for the coaching staff.

Thompson and Chapin recommend that NSF and NIH should “create a pilot grant program” that funds labs run by both “an early-career PI and a career research scientist.”

Not only is this a good idea, the National Cancer Institute has already been doing basically the same thing since 2015-16. Indeed, an NCI spokesperson told me that they have a line of funding that “is exactly what the article is asking NIH to do.”

One that deserves more attention, though, is the R50 category–the “Research Specialist Award.” I had never heard of it until a fairly random encounter on Twitter recently, but check out the official definition:

The Research Specialist Award is designed to encourage the developmt of stable research career opportunities for exceptional scientists who want to pursue research within the context of an existing research program, but not serve as Principal Investigators. The Award is intended to provide desirable salaries and sufficient autonomy so that individuals are not solely dependent on grants held by Principal Investigators for career continuity.

The National Cancer Institute has been handing out Research Specialist Awards since 2016, following this funding announcement. (The most recent announcement just came out on May 25.) As the NCI elaborates, “These scientists, including researchers within a research program, core facility managers, and data scientists, are vital to sustaining the biomedical research enterprise.”

As an NCI spokesperson told me:

We have funded over 130 R50 awards so far. On average, we fund around 17 new and recompeting R50 awards each year. In case you are interested, the number of awards and who received an award is publicly available by searching the NIH RePORTER database.

Has the program been a success, at least in giving some folks a more desirable job opportunity? The spokesperson’s answer: “We have several R50 success stories posted on this website. It appears that the R50 is embraced as a career path for those who have received the award.” 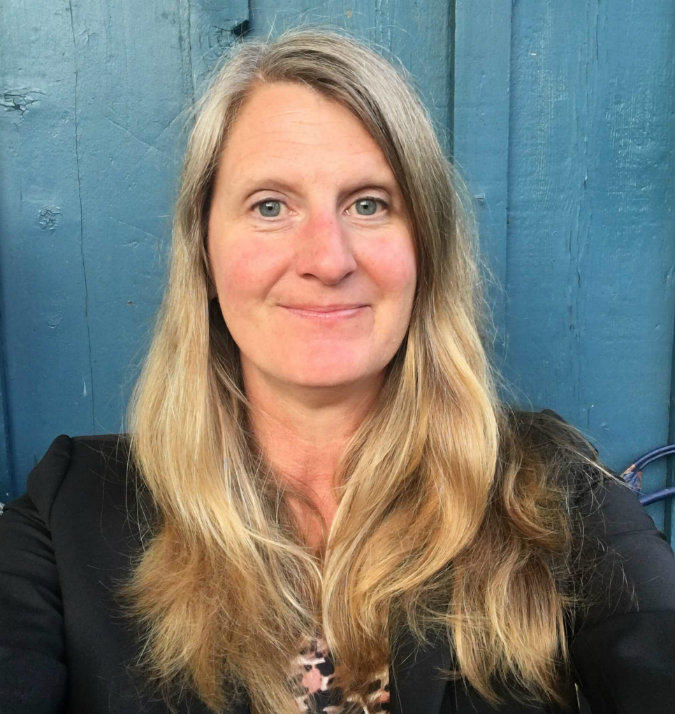 (After receiving the R50), “It’s really changed my life. I’m not focused so much on grant writing and worrying about my job stability. I can spend more time doing research and publishing it.

I’ve also taken on more responsibility since I got the award. I’m able to focus on training people in my lab and collaborating with other scientists in my field. With staff scientists in labs [like me], we’re all going to find out that the R50 is helpful in ways we didn’t even imagine.”

Should this line of awards be expanded? Probably so: as mentioned above, NCI has only been funding around 17 new positions a year, compared to over 3,000 R01-equivalent investigators at any one time. Not every single R01 or PI deserves a staff scientist, of course, but there may be some optimal steady state whereby staff scientist awards are in a reasonable proportion to R01s

How about other Institutes and Centers at NIH? The NCI spokesperson told me: “To our knowledge, no other NIH ICs have implemented the R50 mechanism.  It is difficult to speculate on whether or not another IC at NIH might implement the R50. However, I have presented the R50 to a couple ICs over the years due to general interest in the program.”

Given that a pilot program has already existed for several years, I think we can leapfrog forward a bit:

There should be a joint NIH-NSF workshop where NCI personnel will present what they’ve done with the Research Specialist award, and some of the grantees themselves can present as to the benefits and/or as to any hurdles they have faced. The goal of the workshop should be to explore how to replicate NCI’s work at a broader scale, to figure out the right balance between research staff and principal investigators, and to reduce any hurdles seen along the way thus far (either from the universities or the funding agencies).

Hopefully, such a workshop would be the first of many steps in expanding the Research Specialist role to other federal funders so that upcoming researchers have a broader array of opportunities to stay productively engaged in academic research, and so that we don’t unwittingly force great scientists to switch to being a manager if they prefer otherwise.